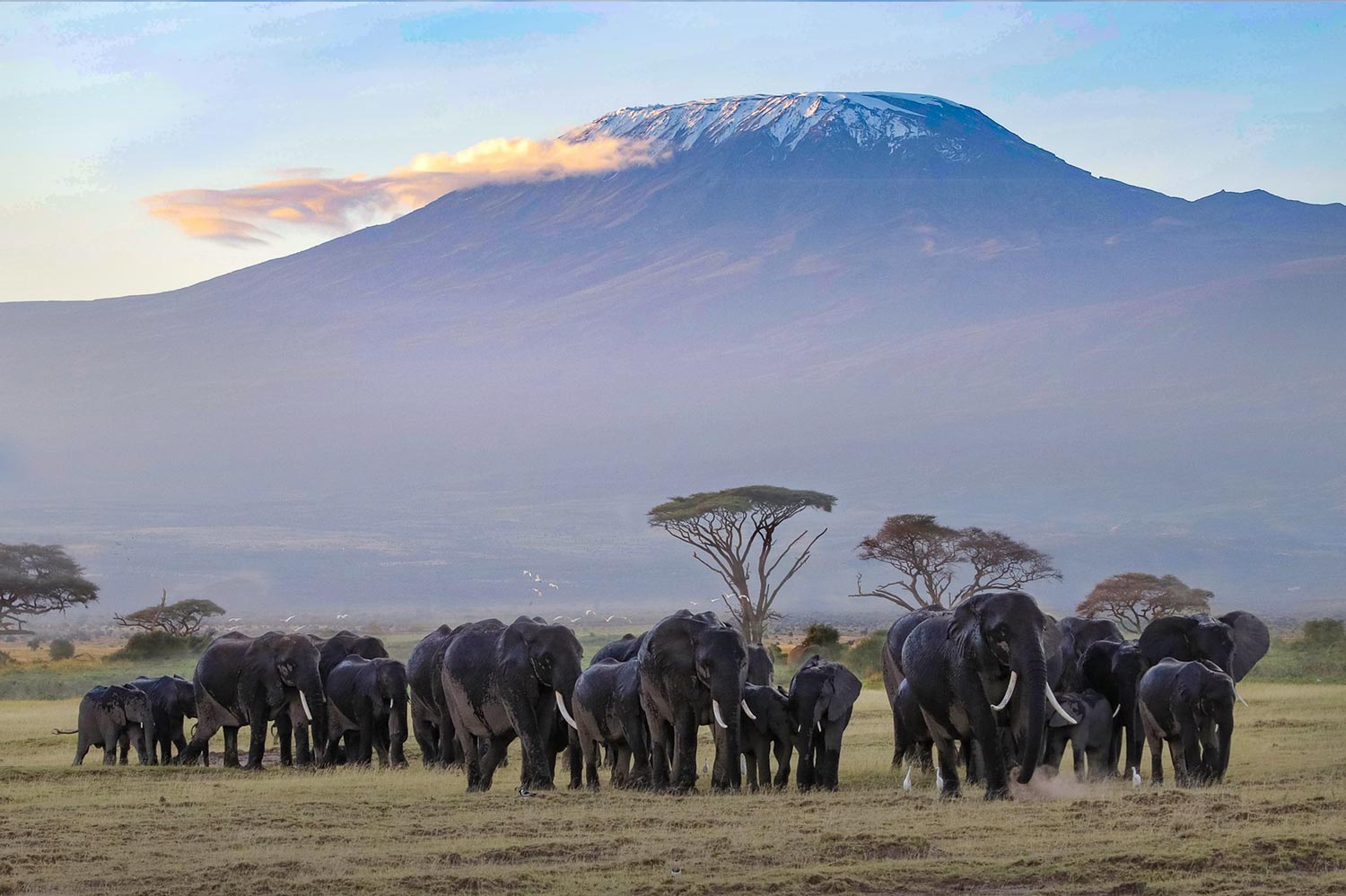 Known as the most popular national reserve of Kenya, the Amboseli National Park welcomes you to take a walk amidst the free-ranging African elephants. Crowned by the highest peak of Africa, Mount Kilimanjaro, this National Reserve occupies 39,206 hectares of land and spreads across the Kenya-Tanzania border. The name Amboseli is derived from a Maasai word that means ‘Salty dust’. The parched condition of this national park goes perfectly with its name.

Major wildlife spotted during the Amboseli National Park safari is a cheetah, lion, waterbuck, eland, impala, giraffe, etc. The most amazing Amboseli National Park fact is that it houses more than 600 different species of birds. Interacting with the local Maasai people residing around the park is also an experience of a lifetime.

The major attractions in Amboseli national park are

The Pyramid shaped hill allows you to enjoy the wildlife view.

Most of North West of the park is occupied by this lake. It generally remains dry except heavy rain.

The most of the population in Amboseli is Massai tribe. They are the only traditional inhabitant of this area and their foods, customs and culture are still unique and also displayed in most of the resorts.