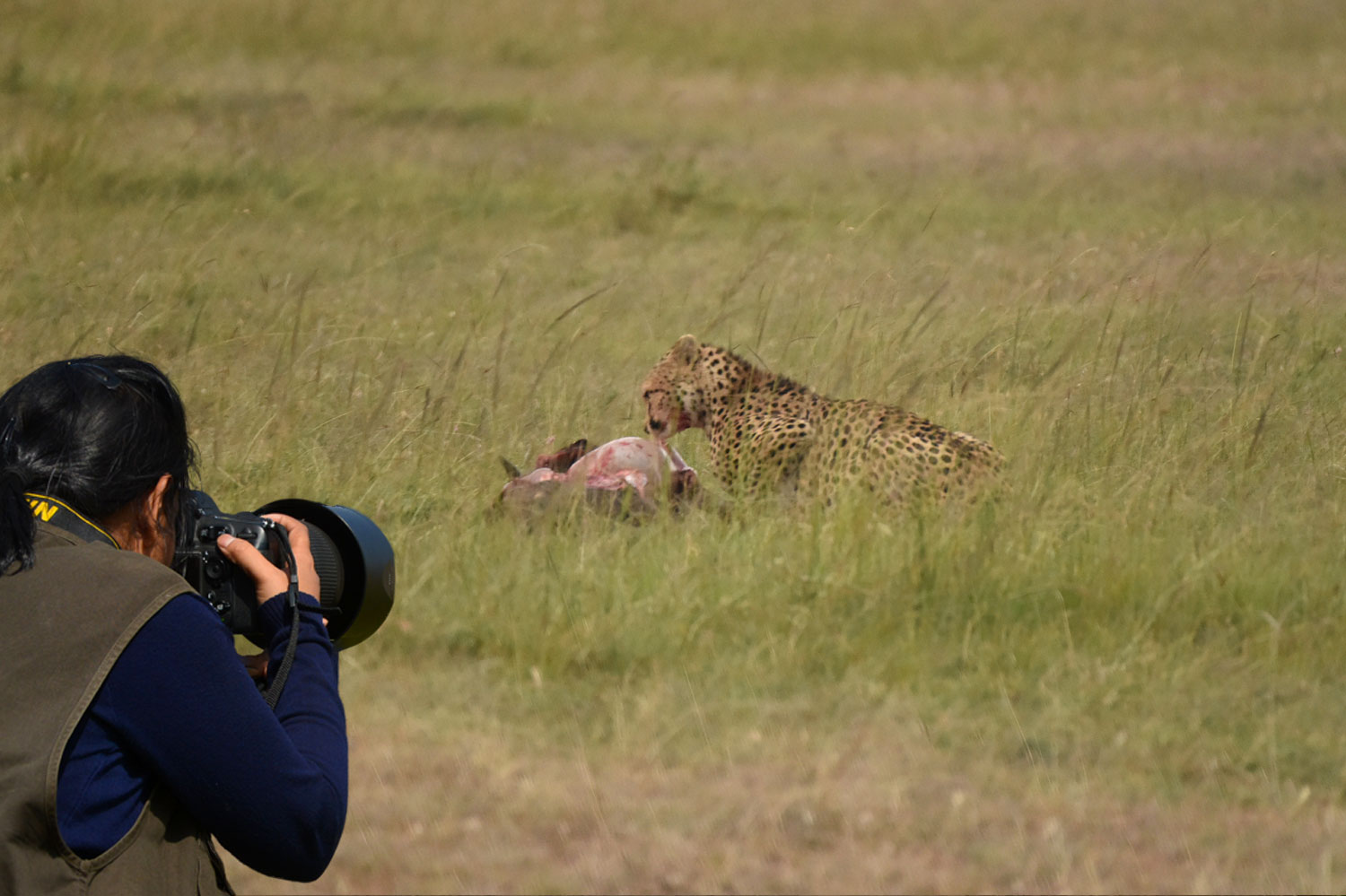 The Masai Mara National Reserve, the most popular tourist destination of Kenya, is a land covered with dense forest, wild animals and huge trees.

This wildlife reserve lies mainly in the Great Rift Valley and is primarily open grassland. The western slope seems to be more concentrated on animals.

The wildland of Masai Mara is dominated by some of the exotic creatures on Earth. It is beautiful as well as dangerous at times.

The finest natural world destination of the world, Masai Mara, is a land to witness the Big Five. Animals like a lion, leopard, rhino, elephant, Cape buffalo, impalas, cheetah, and other wild animals dominate the wildland Masai Mara.

Masai Mara is the best place to see the presence of the food chain of different flora and fauna. In a food chain, the zebra is chased by the cheetah and gets killed. The animal is eaten by the cheetah and the vulture alike and at the end; the remains get mixed with the soil.

Capture the kill of the Cheetah and unleash you wildlife photography love.

Generally, this food chain exists between every living community, but the jungle of wildland Masai Mara gives you a chance to witness it and freeze the memory forever.