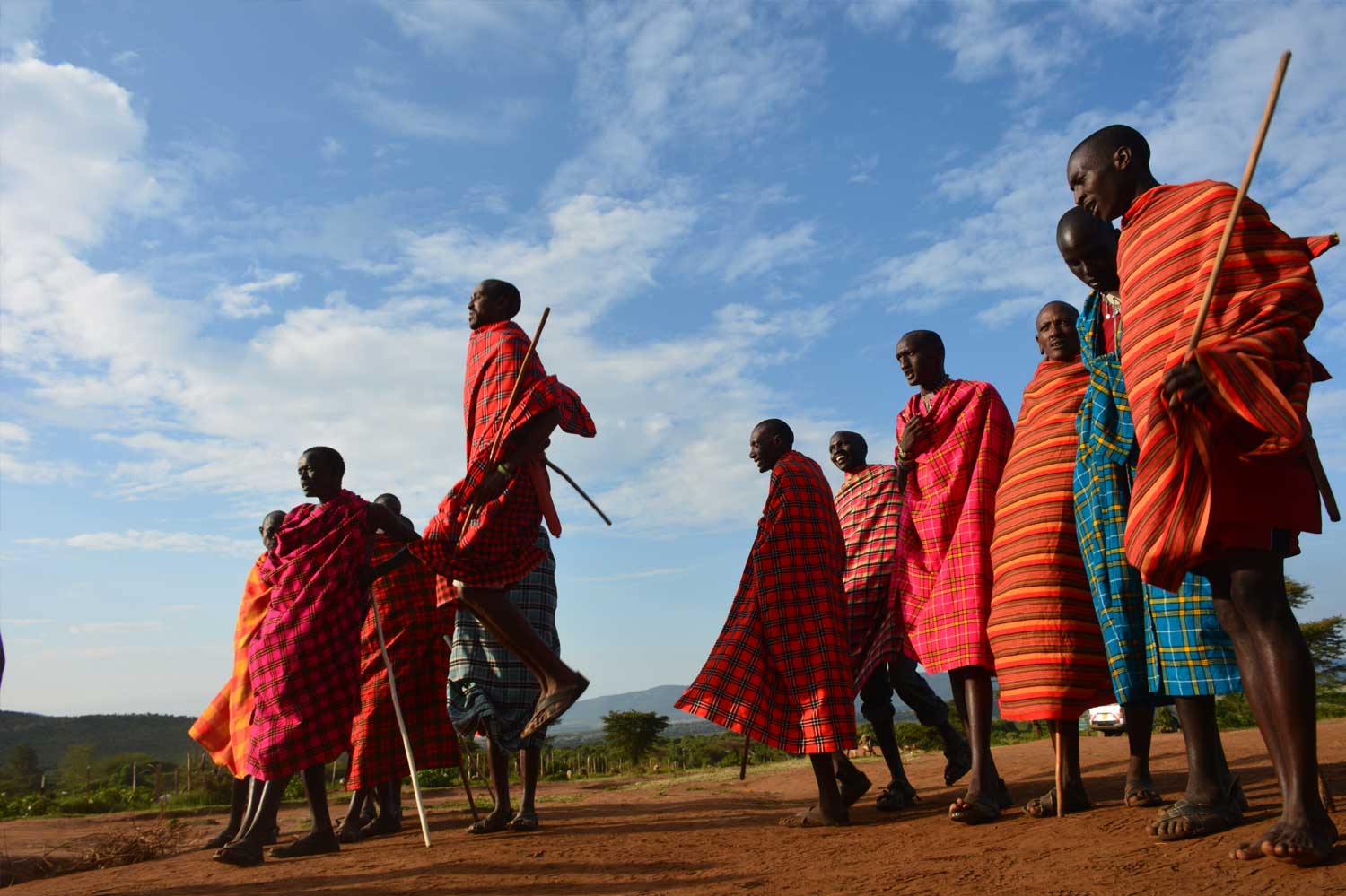 The Maasai are the most popular group of tribe in the world. They are a semi-nomadic group of an African tribe. The Maasai Mara Village is situated in Kenya and northern Tanzania. The Maasai people are known to have originated from the lower Nile valley.

They have achieved international fame for their unique clothing, ornaments, characteristic traditions, and cultures.

Most of the people in Maasai tribe wear shuka (a traditional African blanket striped with red, blue and black colors) that protect them from harsh climate and dust. With a very distinctive appearance, Maasai warriors in ochre raise their spears in pride boasting their shukas. The women beautify themselves by wearing earrings while man applies a thick ochre past in their hair and perhaps wear an extravagant crown made of lion mane or ostrich feather.

Popular rituals in Maasai woman is piercing and stretching of earlobes deliberately.

The tribe often goes in search for new grazing fields because they live by herding cattle. Cows are crucial in their survival. They use cowhides as mattress, milk and cow blood as food, cow excrements for plastering their huts (these houses are called Manyatta), and urine for its sterile medicinal uses. They hardly take cattle meat as food, but sometimes it is used in ceremonies. Cows and sons are considered to be the wealth in the Maasai tribe and cows are exchanged during the marriages. Having this gift of the cattle is honorable to them.

The traditional music of Maasai Mara is composed of beat and vocal chorus melodies led by the main vocalist (‘olaranyani’) who sings the melody. Maasaies perform a traditional competitive jumping dance called Adumu. This dance is not only meant to proof their warrior power but also a process of finding their life partners. Maasai men either stand in a row or make a circle; one of them enters inside and jumps. Others stand in a row to see who jumped highest straight in the air with hands at their sides. The highest competitor is given the chance to marry the girl of his choice.

Spend a day with the Maasai people for free!

Besides this dance ritual, Maasai people also welcome tourists by songs. The most beautiful thing is they don’t use any musical instrument while singing.